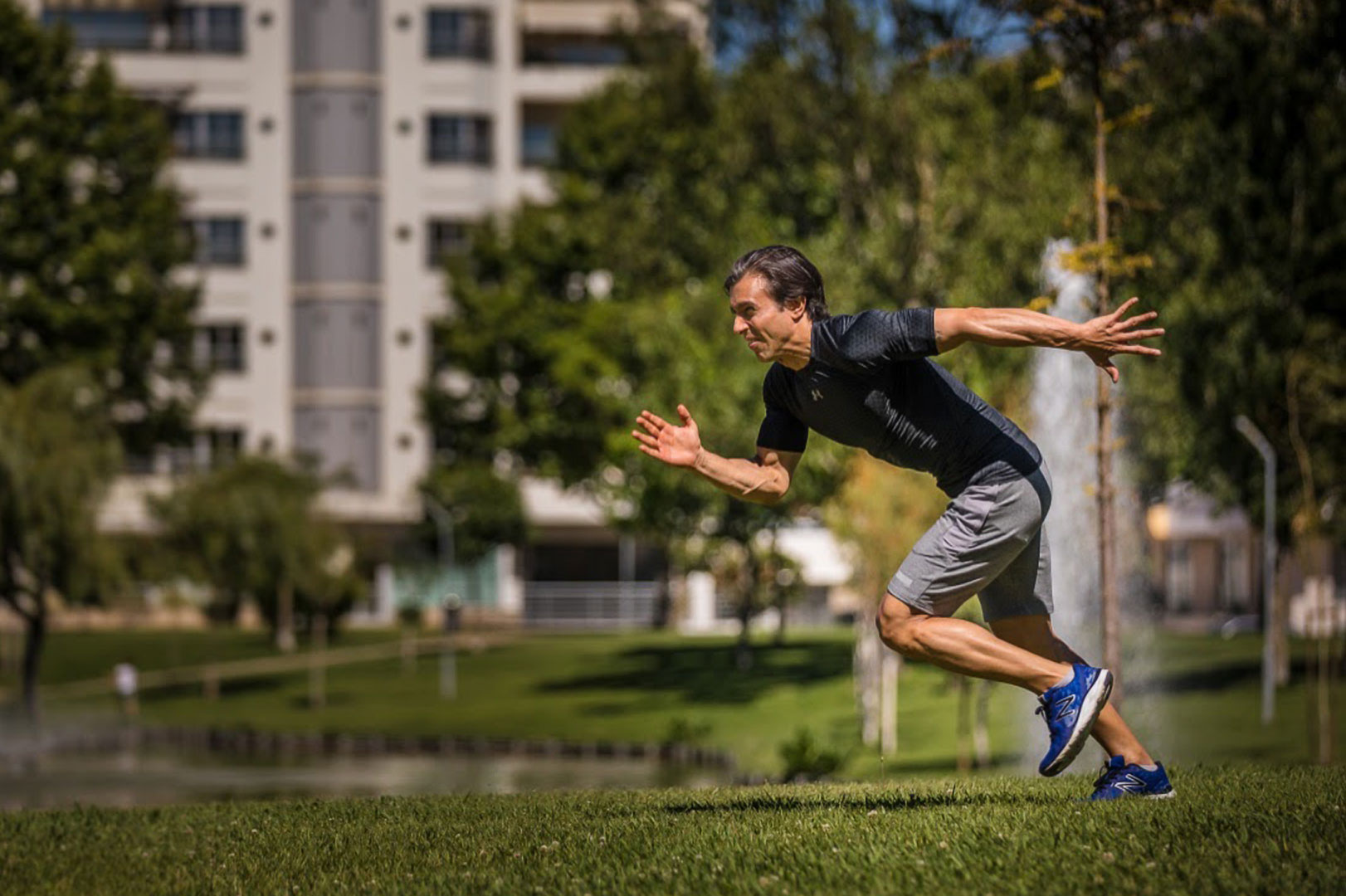 Cardio: The Good, The Bad, And The Brain

There is a reason that endless rounds on the elliptical and treadmill leave you with little visible changes in your body composition. It is simply not as effective as strength training to develop your physique (1).

Does that mean that cardio (aka aerobic exercise) is a total waste of time? Both the benefits as well as the costs of cardio are not as straightforward as they appear.

If the goal is to increase endurance performance, focus on reducing blood pressure and resting heart rate, or improve metabolic flexibility (the ability to switch between carbohydrates and fat as fuel), cardio certainly has a place.

As for the goal of fat loss cardio can be a contributor (2), but, the long-term effect is modest (3). But I will argue that the real benefits lay elsewhere. They lie with your brain.

Why Cardio Sucks As A Fat Loss Tool

What about heart health? There is no doubt that cardiovascular training is the most direct way to do this. Note, however, that Falcone et al. (2015) found that the average heart rate during cardio was similar to weight training. Strength training, if well structured, does provide some cardiovascular health benefits:

The Darkside Of Cardio: The Interference Effect

The benefits of any training modality result from the adaptations imposed upon your body. You impose stress on your body, it adapts, and this adaptation is specific to the demands placed on it. Strength training and low-intensity cardio lie on opposite ends of the strength-endurance adaptation spectrum.

As a result, doing cardio alongside resistance training can decrease the positive effects of both, but mainly those of strength training. You obstruct the development of power, strength and muscle growth compared to only performing strength training (6).

This effect is called the interference effect, because the negative interaction between cardio and strength training is a result of trying to make a muscle adapt in two opposite directions.

Does this mean that cardio training should be avoided?

No. For one, the interference effect for complete novices is negligible.

The Brain Benefits Of Cardio

The underappreciated benefit of cardio (or aerobic exercise) is in building and conditioning the brain.  The brain responds like muscles do, growing with use and withering with inactivity. Use it, or lose it.

The following insights are inspired by the book Spark by Dr John J. Ratey.

Our hunter-gatherer ancestors had to use their wits to find and store food. Learning, memory and thinking evolved in tandem with the movement. The relationship between food, physical activity and learning is hard-wired into the brain circuitry, but we no longer hunt and gather. The body was designed to be pushed, and in pushing our bodies we push our brains too. So, as far as your brain is concerned if we’re not moving there’s no real need to learn anything. It literally shrivels (via changes in hippocampus volume).

To keep your brain at peak performance, your body needs to work hard. Exercise cues the building blocks of learning in the brain, affects anxiety and attention, guards against stress, and reverses some of the effects of ageing in the brain. It has a profound impact on cognitive abilities, executive function and mental health. Researchers have shown that exercise is better than sertraline (Zoloft) at treating depression. (9)

In addition to neurotransmitters, BDNF is a powerful protein that stimulates the production of new brain cells and strengthens existing ones. It can be thought of as brain fertilizer, improving the function of brain cells, and protecting them against the natural process of cell death. BDNF is a crucial biological link between thought, emotions and movement, and has been shown to increase with aerobic exercise. (10)

When you exercise, particularly if the exercise requires complex movement, you are also exercising the areas of the brain involved in the full suite of cognitive functions, and cognitive performance is enhanced. (11)

Cognitive flexibility is an important executive function that reflects our ability to shift thinking and to produce a steady flow of creative thoughts. This trait correlates with high-performance levels in intellectually demanding jobs. So if you have an important afternoon brainstorming session scheduled, going for a short intense run during lunchtime is a smart idea.

While you’re exercising, blood is shunted away from the brain and this hampers your executive function. However, blood flow shifts back almost immediately after you finish exercising and this is the perfect time to focus on a project that demands sharp thinking and complex analysis. 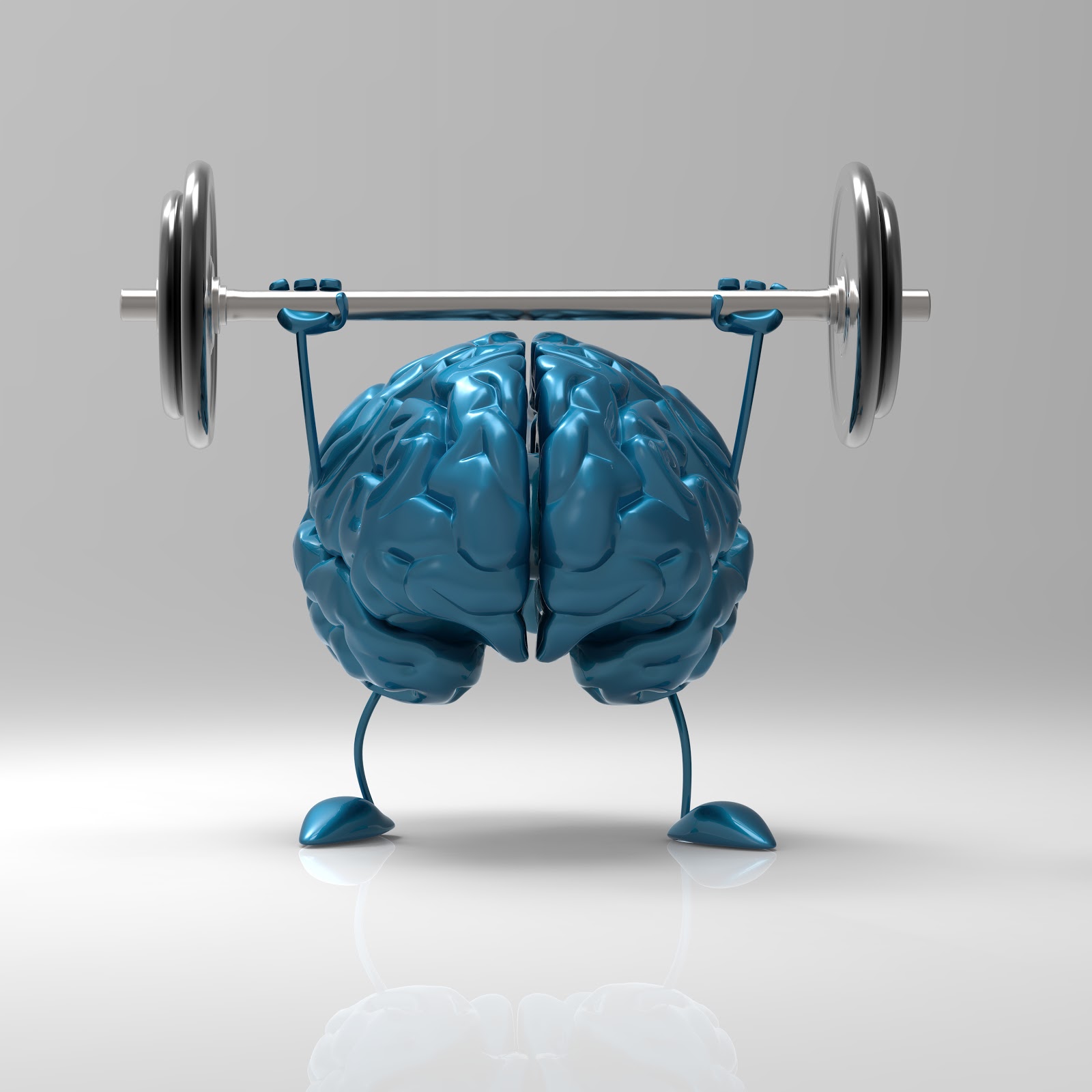 I discussed stress here. To recap, chronic (long term) stress translates emotional strain into physical strain. This is where the ripple effects of the body’s stress response can lead to full-blown mental disorders such as anxiety and depression, as well as high blood pressure, heart problems and cancer.

When you exercise in response to stress, you’re doing what human beings have evolved to do over the past several million years. The purpose of the fight or flight response is to mobilise us to act, so physical activity is the natural way to prevent the negative consequences of stress. The stress response doesn’t get you very far in today’s world as there’s little outlet for all that energy buildup. There’s a mismatch between your lifestyle and your genes.

The fight or flight response doesn’t exactly fly in the boardroom. If you get stressed at work, you can’t exactly attack your boss, or turn and run. When you’re up at the podium making that company presentation, the body responds in essentially the same way whether you’re staring down a hungry lion or a restless audience. So you have to make a conscious effort to initiate the physical component of fight or flight. Your body is built for regular physical activity.

The research consistently shows that the more fit you are, the more resilient your brain becomes and the better it functions. Regular aerobic activity calms the body so that it can handle more stress. This stress buffering is translated into improved productivity and ability to handle workloads. (12)

A good routine of exercise can also replace that exhilarating feeling or sense of well being you get from drinking wine or eating certain foods. It replaces that desire or craving, frees you up to think beyond them and look to the future.

In summary, cardio is highly beneficial for both your brain and heart health. To get the most benefit, it’s best to separate strength and aerobic training or keep cardio to a maximum of 20 minutes at low intensity if training both concurrently.

A 3×3 training template is a useful tool. Three days dedicated to strength training, and three days to cardio.

Go forth and get smarter.

After years juggling a senior banking career with my passion for fitness, I left finance to help busy professionals transform their bodies inside and out. As an online coach, I use a science-based approach to get you the lean, healthy physique you deserve.

Get my top research-led and results proven tips delivered right to your inbox via my free newsletter HERE.